One of England's national treasures, world-class footballing legend David Beckham has entered the DLWP building!
OK, so it may not be the footballing legend in the flesh but Sam Taylor-Wood's David (2004), an hour-long silent film of David Beckham sleeping, gives us a glimpse of the star away from the cameras, in a precious moment of 'down-time'. The film was shot while he was taking a siesta after an training session with Real Madrid and shows an initmacy with its subject that the viewer does not usually see - even with the deluge of paparazzi and celebrity images taken over the years.
You can enjoy this fascinating portrait alongside Andy Warhol's series of screen tests featuring friends, colleagues and acquaintances such as Marcel Duchamp, Lou Reed and Edie Sedgwick and Peter Gidal's 1969 work Heads; filmic portraits of British personalities including Marianne Faithfull and David Hockney. You'll see experimental works, works with well-known sitters as well as more personal portraits of friends and family. Click here to read more about Moving Portraits: sixty years of portraits on moving image (22 Jan - 27 Mar).
To accompany the Moving Portraits exhibition, a programme of biographical and character-led films will be shown in Gallery 2 during the day and on Thursday and Saturday evenings. There are memorable classics by international film-makers, Hollywood productions and a selection of films by artists. Click here for a full list of what's on.
Tickets: £3 afternoons / £6 for a ticket + glass of wine or half pint of Peroni at evening screenings. Box Office: 01424 229 111 http://www.dlwp.com/
Image One: Richard Billingham, Fishtank, 1998; video installation (video still), produced and commissioned by Artangel, 46 mins 40 secs. © the artist, courtesy Anthony Reynolds Gallery, London.
Image Two: Sarah Purcill (UK) You be Mother, 1990, 16mm col, sound 7min. 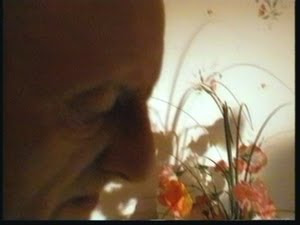 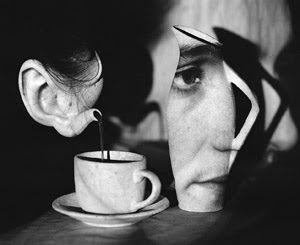