Strange sunsets over the sea 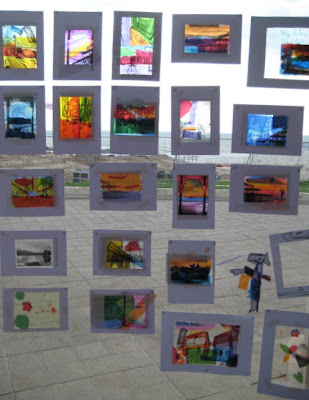 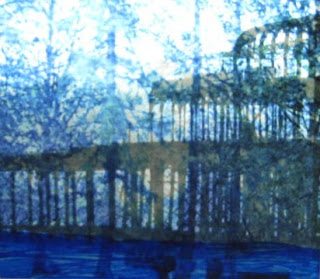 The third session of conjuring up a "dream-scene" was an interesting interaction between favourite images from the exhibition, the nature of the imagery provided as a basis for creating different scenes, and child and adult working alongside each other in quiet contemplation.
A deliberate choice of images involved the natural elements as settings which could be transformed into personal interior narratives. The very nature of a dream is a private and secret world where anything may happen. 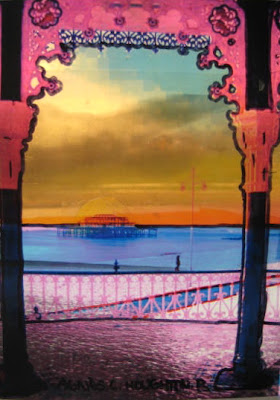 In response to the activity of creating a light-box image, the qualities of Catherine Yass' films in particular were an evocative catalyst for personal narratives.
Contributors were not always able to give verbal specific explanations of their scene, such as Amelia (below) who described her piece as "loads of things which merge together". 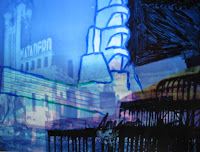 If we consider the random nature of dreams which elude our ability to be defined, this also relates to the subliminal layers which can be perceived in the work of Catherine Yass, where an emotional response is triggered by the interplay between the intangible qualities of space and time.
The sea and the waves, a sunset with or without strange animals, a beach with rock pools recurred in different manifestations. 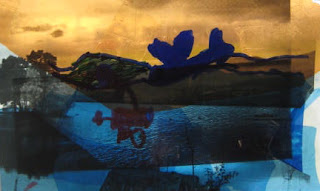 Much admiring attention by the passing public was drawn to the growing display of magical scenes which effectively masked the untidy urban aspect to the sea view caused by the presence of machinery.

My first group were a very creative family of three sisters: Agnes, Amelia, Lola and their brother Oscar. Agnes was inspired to create work which had two different view points in reference to the lock where the viewer simultaneously shares a boat journey going arriving and departing.
The last participants brought fire and brimstone to the final dreams:
"God looking down on the earth" by Nieve 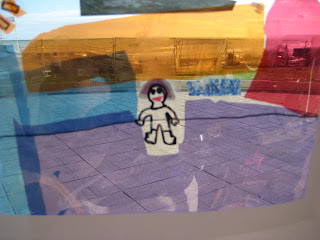 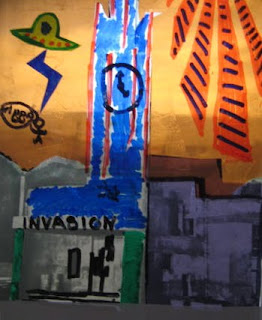 Ellie's "Invasion" with a War of the Worlds II.
A special mention for Sonam who created the most amazing anarchic piece with a strange creature which appeared to burst forth from its own dream, see below. 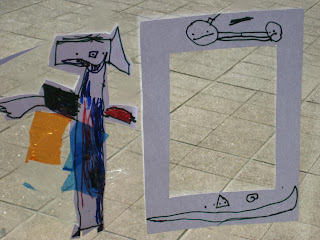 The adults also enjoyed the chance to dream aloud. 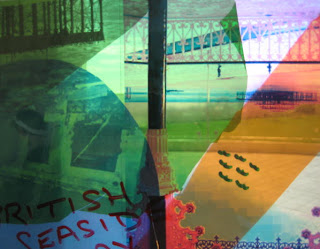 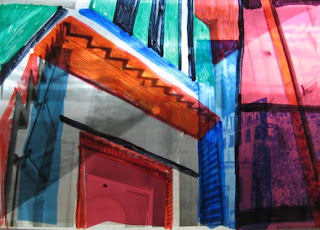 As my final gallery interaction I would like to show my appreciation of all the amazing work created by Agnes, Lola, Oscar, Amelia, Kyiga, Sonam, Norpelt, Marysia, Nieve, Ellie, Jessie, Patrick, Natalie, Peter, Louis, Amelie, Daisy and Clover and their parents Tony and Charlotte, and those who worked fast and left before I could record their names or work. And thank you to volunteer Jess for such excellent and efficient support.
Posted by Irene Mensah at 03:12