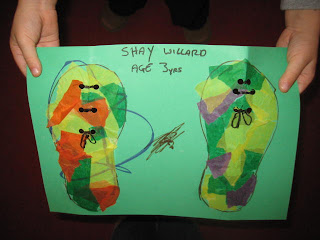 It could be said that a shoe give all kinds of insights into the unique personality of any individual, the tiny detail of a type of stitching, colour, traditional style, eccentric etc all indicate sometimes unconscious facets of the wearer. By creating a shoe as a portrait, what kind of information would be passed on to a viewer? 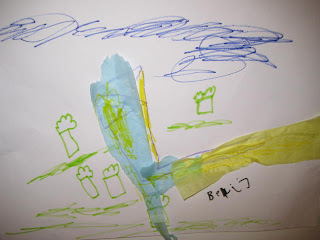 With a lovely group of intrepid workshop participants much activity was spent creating shoes in widely varying forms from 2 dimensional as below: 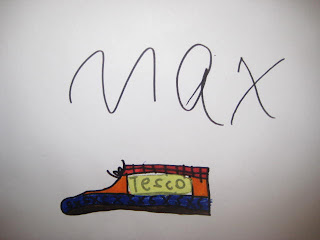 To these sculptural creations... So what does a shoe portray about its owner? 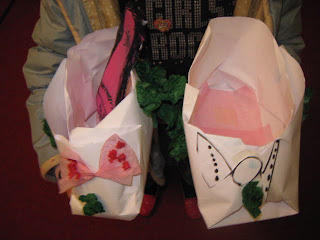 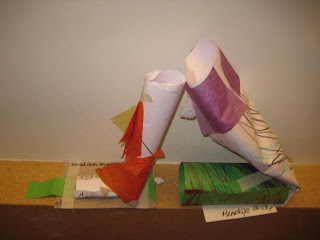 The workshop drew upon the work from the preceding Lift the Lid, where portraits were created in the form of a story, drawing and or collage as reinterpretations of a selection of the Moving Portraits exhibition. From 5 instructions family groups could identify key aspects of a portrait and then eventually create their own which may or may not correspond to the way that others would perceive the same portrait.
The choice was then offered to the participants of this session to either create a shoe which they thought that the person in one of the portraits might wear, or one for themselves, taking into consideration the exhibition and own likes and dislikes. 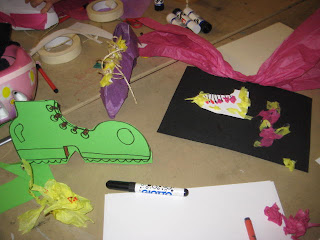 So a fabulously colourful range of footwear emerged, and one pair of friends taking up the invitation to create a dance with their shoes, which turned one corner of the space into a dance area, see below. 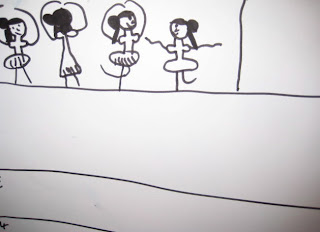 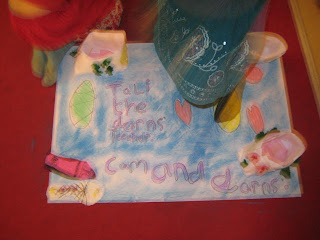 The result was to create a new version of moving portraits, as the shoe portraits became alive and were danced and moved around the space before being taken home. Thank you to all those who participated so imaginatively. 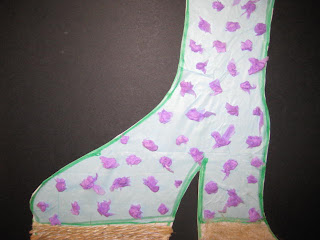 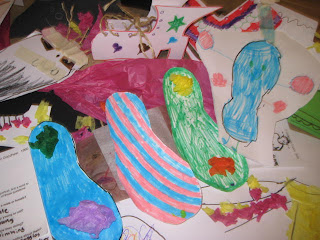